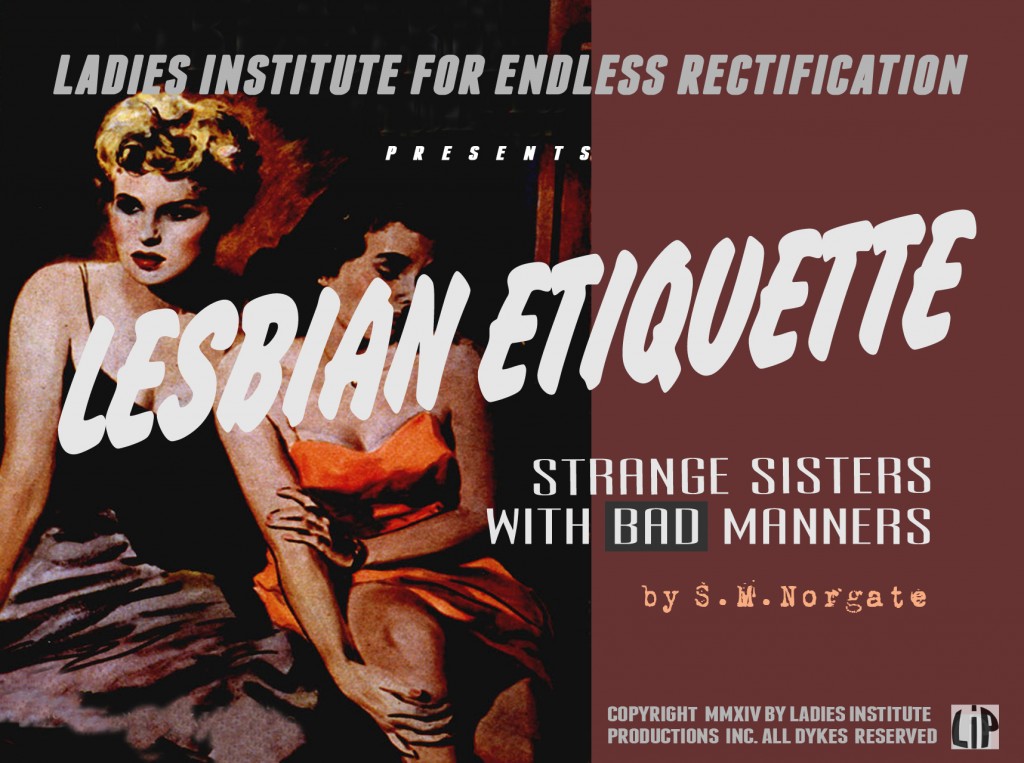 In Lesbian Etiquette, Strange Sisters with Bad Manners, S.M. Norgate, esteemed pseudo-scientist from the Ladies Institute for Endless Rectification takes up her missionary position to investigate one of the greatest social enigmas of our time. Are lesbians required to wear practical shoes? Why can’t lesbians stay up past 9:30 pm? These and other pressing questions are answered as Norgate takes you deep into the shadowy terrain of the modern homosexual woman, forging fearlessly ahead in a quest to reverse a landslide of tragically bad manners and even more conspicuously bad taste.

If you, or someone you know, suffers from lesbianism – or worse, celebrates the condition – don’t miss this show. What do you have to lose except maybe a few chin hairs?

Watch the trailer: (Caution: may contain scenes of a bad wig and smoking. Viewer discretion is advised). 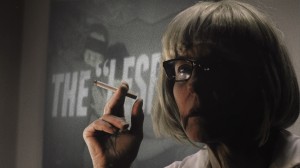 S.M. Norgate, Director of Lesbian Affairs at the renowned Ladies Institute for Endless Rectification believes it is of utmost importance to make a study of the lifestyle of today’s female homosexual, so that we might better comprehend what is causing girls to flee the hetero fold in growing and unprecedented numbers. She believes so strongly in this work, that you could say it has become her missionary position; to go forth into communities on the brink of collapse and try and salvage whomever she can. Sadly, her mission has gone from rescue, through recovery, to recognizance. There are simply fewer and fewer interested parties to be located. 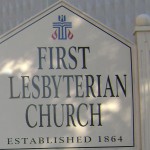 So many women have joined the Lesbyterian congregation, that Norgate’s  hopes for hetero retrieval are as thin as a communion wafer. Consequently, she has decided to focus her efforts on sprucing up things in the gay girls’ blandscape, and making Lesbian Etiquette not quite so enormous an oxymoron.

A Few Words from Sheila Norgate 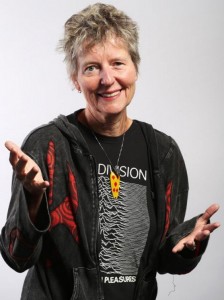 “I had a very short criminal career. This is because Bill C-150 which legalized homosexuality in Canada, was passed on May 14, 1969 just months after I came out as a lesbian. However, even though the state had left my bedroom, there remained that matter of the pesky internalized homophobia. My first woman partner and I were together over a year, and not once in all that time, did we ever speak about the fact that we were both women and hence, by deduction, likely lesbians. We knew no other homosexuals (as we were called then). For reading, we had Radclyffe Hall’s cheery little tome, The Well of Loneliness and a spate of pulp fiction novels where the lesbian lovers always met with tragic ends of one sort or another. Queer still meant odd, and gay still meant happy.

Fast forward to now when I travel hither and yon, masquerading as a pseudo-scientist from the Ladies Institute for Endless Rectification, and performing my one-woman show Lesbian Etiquette: Strange Sisters with Bad Manners, a comedic feminist-infused mock lecture espousing the benefits of better breeding for those girls who would defy the hetero deluge and dare to swim upstream.

She who laughs, lasts.

It’s a dream come true for this dyed in the wool, second-wave feminist lesbian who once thought she might be the only one.”

What They Are Saying

“fabulous”
“polished”
“sardonic”
“hilarious”
“thoroughly entertaining”
“witty, timely, cogent, and pedagogical” (look that one up)
“Sheila has her finger on the pulse of lesbian culture of her times”
“absolutely fantastic”
“we all had a ball”

“Sheila Norgate’s performance at BOLDFest was a banner event for our conference – the first time we’ve had to ask people to tell their friends that the event was SOLD OUT! Sheila rocked a packed crowd with her witty commentary on all things lesbian – from chin hair to serial monogamy, she understands the lesbian pulse and has her finger right on it. The evaluations we’ve received from women who attended are overwhelmingly positive”    BOLD conference organizers

CKGI radio interview
Victoria Times Colonist interview
Marble Theatre review (Victoria)
Gabriola Flying Shingle review:  “Norgate kept her audience laughing from the beginning to the end of her performance, after which she very deservedly received a standing O.  This show will go far.”