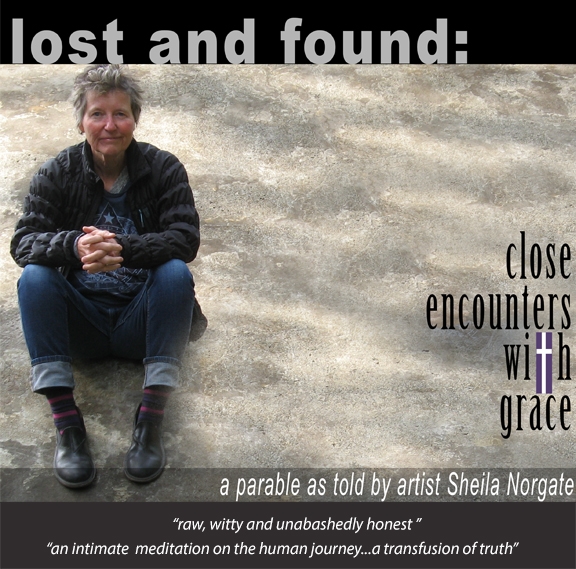 about Lost and Found

What happens when a prolific, thriving visual artist collides head-on with a recession, and her creative voice leaves the building? How do you bring disenchanted muses back to the bargaining table? What does it mean to go from making a living, to making a life?

In 2007 when the U.S. sub-prime mortgage crisis was still only a glint in Fanny Mae’s eye, Canadian painter Sheila Norgate was riding the crest of a wave. Defying the art-world gender gravity that rendered the work of women under-represented in galleries, under-collected in museums, and underpaid at auction, Norgate was making a decent living solely from the avails of her art practice. Demand for her work had steadily grown and she was averaging two or three exhibitions each year.

Then, within one dizzying eight month span, starting in the spring of 2008, the scaffolding of her carefully constructed career started to collapse, taking with it much more than her financial livelihood. Somewhere along the line, her sense of value and worth had become laminated with success, and as this so-called success began to fade, she lost her footing on the loose gravel of false ground.

However, a funny thing happened on her way to the floor; it might have been global economic woes that toppled the house of cards she was living in, but it was Grace that showed her what she needed to learn while she was down there.

Join Canadian painter Sheila Norgate in this frank and powerful exploration as she shares her journey through the crucible of loss, and emerges on the other side with a whole new way of seeing.

what they are saying

“It takes courage to dig deep into our life stories and present them on stage. Sheila, a gifted wordsmith and visual artist, does so with wit, humour, and depth.”

“As always, Sheila shared with such raw honesty and open depth that there was a place for each of us to relate to her story; to connect with those similar places in ourselves where we freeze and hold back from the potential and truth of who we are.”

“Sheila Norgate is all about unabashed honesty…her truth from beginning to end. She does not skip over the difficult parts.”

“it is a privilege to be gifted with such an intimate revelation of the spiritual/human journey.”

“Our culture has taught us to conceal anything that might be embarrassing or that could place us in a vulnerable position – and so we each carry parts of our self-awareness in tight little packages of shame. We feel that we’re the only ones who have failed or been inadequate or confused or “bad”.  Norgate’s honesty melts away all the barriers of separateness that are frozen by fear and in doing so, she creates a space of compassionate equality, illuminating a vision that acknowledges the amazing, mysterious trajectory of life.”