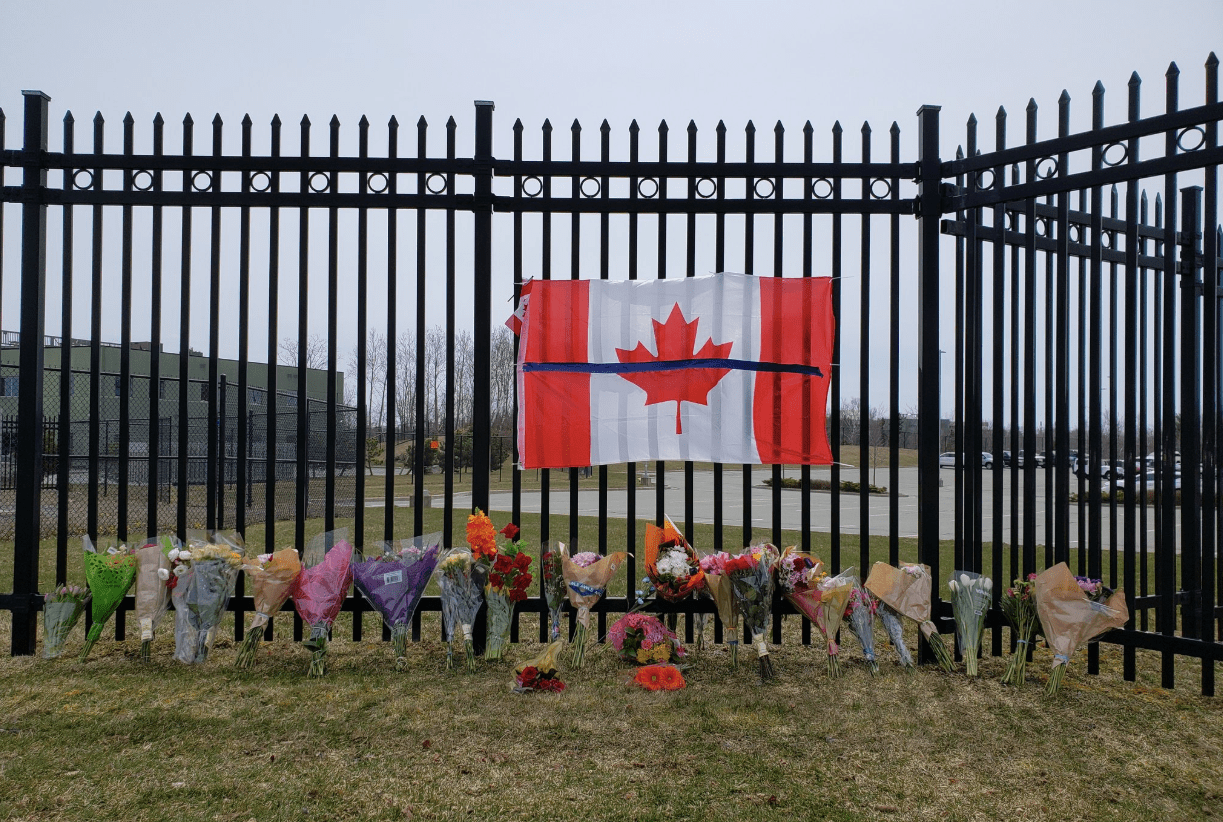 The Nova Scotia shooting rampage of April 18/19, was the most deadly attack in post-modern Canadian history, eclipsing even the Montreal Massacre. Like the Montreal massacre, the carnage in N.S. was sparked by misogyny. The killer had a history of violence against his long-time female partner and was known to possess a cache of illegal firearms. A former neighbor who attempted to report these facts to the RCMP as early as 2013, was forced to move to another province because the killer had become terrifyingly menacing. This same residence was burned to the ground during his slaughter, killing the occupants.

The other three deadliest mass killings in Canadian history – Montreal’s L’Ecole Polytechnique in 1989, the 1996 Vernon wedding day massacre, and the Toronto van attack (2018) – all were carried out by men who were fueled by a hatred of women.

In April 2018, United Nations Special Rapporteur Dubravka Šimonovi?, reported that violence against women in Canada remains a “serious pervasive and systematic problem”. She went on to say that Canadian women’s human rights are “protected in an incomplete and patchwork way” citing disparities and inequities in laws and access to services, particularly for women in rural and northern communities.

I respectfully demand a full, public inquiry into the Nova Scotia shootings; an inquiry centred around a feminist analysis.

We use cookies to ensure that we give you the best experience on our website. If you continue to use this site we will assume that you are happy with it.Ok